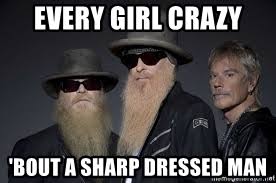 As beards become increasingly popular, more men are searching for inspiration when trying to decide on a particular facial hair style.  And, throughout history, some of the best beards that the world has ever seen have been adorned by heavy metal stars who make our favorite music and sell out stadiums.  After all, why not take inspiration from our favorite musical artists?  These guys are known for their stage presence, their charisma and their unshakeable confidence, and who wouldn’t want to emulate that?

Throughout the decades, we’ve watched our favorite metal bands rise and fall, and throughout that time, we’ve seen some pretty stunning beards.  So many of our musical idols have used their facial hair to express their fascinating personalities, which is why we’re going to dedicate this article to them.

These five guys below have shaken the world of rock music with their killer songs, and they’ve shaken the world of men’s style with flawless, exceptional beards.  As you read through this article, you’ll likely feel inspired to change up your beard in order to emulate them.  After all, who doesn’t want to look like a rock star?

Many of us are old enough to have watched Dave Grohl’s career evolve, and with that, we’ve seen his beard evolve as well.  Grohl started out backing up front man Kurt Cobain, whose legend can’t be understated.  We all know the tragic story that claimed Cobain and, consequently, Grohl’s beloved band, but we also know that Grohl managed to have a killer comeback that he’s still enjoying to this day.  And, as the years have gone on, his beard has become more and more recognizable.

Dave Grohl’s facial hair style defines him, and many men dream of having a beard so luxurious.  It’s impeccably tidy, yet it’s charismatic, just like him.  The beard itself is pretty short, and he trims it and shapes it very nicely.  What makes this beard look unique is that it’s contrasted by his dramatically flowing locks that are always perfectly smooth and shiny.

What’s great about Grohl’s look is that it’s very easy to copy.  All that you have to do is allow your beard to grow until it’s full and covering the entire bottom portion of your face.  Clean up the sides and neck, and take your time to make sure that the length and thickness is even throughout.  Then, use a styling product to add even more texture to that beard of yours.

#4: Shavo Odadjian of System of a Down

Who doesn’t picture Shavo Odadjian’s famous beard when they think of System of a Down?  The recognizability of Shavo’s beard is really something when you consider the fact that this is one of the most legendary rock bands of all time.  In fact, many people are more familiar with his beard than they are with his music.  So, it’s safe to say that Shavo’s unique look has helped at least a little bit in terms of allowing the band to achieve massive success.

Shavo’s highly unique beard is a bit ambitious, and it’s certainly not for everyone.  It’s remarkably long, and he creates a tapered effect using skinny hair elastics.  At first glance, it looks like it’s braided, but it’s actually not.  And, to pull off the look, he shaves his head so that the beard is the first thing that you see.

If you want to try out this look for yourself, we recommend keeping the hair shaved or extremely short.  Otherwise, it will take away from the effect of the beard.  And, needless to say, you’re going to have to let that beard grow and grow until it’s long enough to give off the desired effect.

Rob Zombie’s influence on metal can’t be denied, nor can his influence on pop culture in general.  A lot of Zombie’s success comes from the fact that he’s stuck to a distinctive look throughout his career.  This makes him highly recognizable, even among people who wouldn’t consider themselves fans of his music.  The reason why he’s able to pull off this look is because he’s got confidence like no one else out there.

Rob’s beard is also very easy to achieve.  He doesn’t really do much to it that’s difficult to copy.  He simply allows it to grow as long as it possibly can, along with his hair.  He doesn’t seem to go through the trouble of meticulously shaping it either, which is great for low-maintenance guys.  Just make sure that you trim it regularly to avoid split ends.

Now, onto the most distinctive beard on our list.  Chris Kael isn’t known for playing it coy, and his beard is a great example of his burning desire to express himself.  This look certainly turns heads, which is why it’s not for the faint of heart.  We’ve never seen a beard like this, to put it quite bluntly, and if you have the courage to pull something like this off, more power to you.

If you want to attempt to copy this beard, first you need to know that it will take a long time to grow.  The style can’t be done until it’s extremely long.  Otherwise, it will look awkward.  So, let that beard grow as long as it possibly can.  Then, you can use some beard balm or another wax-based product and dread sections of it.  Just make sure that you trim it fairly regularly to keep things looking fresh.

Now, how can we make a list like this without including ZZ Top?  These guys made long, messy beards look cool.  And, their beards are just as famous as the songs that they’ve released over the years.

To pull off a ZZ Top beard, you have to have some patience.  That length doesn’t happen after just a couple of months.  Once it’s long enough, shape it by tapering it gradually toward the bottom.  Then, make sure that you keep that beard nice and moisturized with a good-quality hydrating product.

These Beards are Quite Legendary…

just like the heavy metal acts themselves.  So, use them as sources of inspiration when trying to come up with a new beard style.  Remember that at the end of the day, it’s all about using your facial hair to express your unique personality.