What a Man’s Hairstyle Says About Him

Should You Workout After Putting Pomade in Your Hair?

Setting Some Grooming Expectations for the New Year 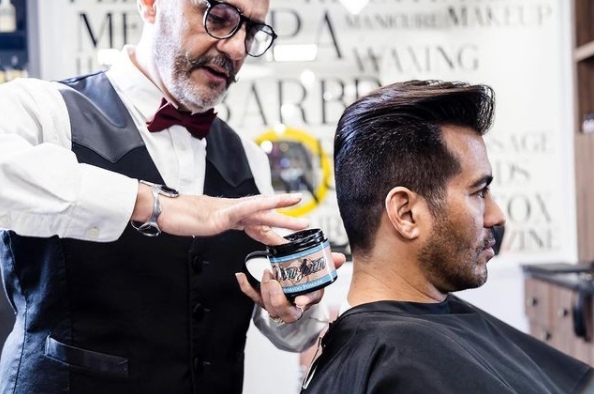 A lot of men go to great lengths – no pun intended – to maintain the ideal hairstyle, using a combination of products and grooming tools to find one that perfectly captures the essence of who they are.  Nowadays, it’s hard to find a single hairstyle that’s dominating the male hair trends.  Men have gotten more creative with ways to distinguish themselves and express their personalities through how they wear their hair, and we are seeing new styling trends popping up every day as a result.

A short, cropped hairstyle is the least likely to grab attention, so it’s safe to say that a lot of men who rock this look are perfectly comfortable blending in and following the rules.  After all, perhaps it’s not a coincidence that men in the military maintain this look for the sake of conformity.  Now, we’re not saying that guys who keep is short and tidy don’t have a unique personality.  But, this hairstyle is more likely to indicate that a man doesn’t want to stand out from the crowd, and doesn’t have a serious rebellious streak brewing beneath the surface.

You know those guys who rock a “I woke up like this” tousled look with seemingly zero effort?  Well, often that look comes from clever use of some pomade and a comb.  Still, a hairstyle is all about what image we are trying to project to the people around us.  A man with a tousled hairstyle tends to want to give off the impression that he can’t be bothered to mess around with his hair, but at the same time, certainly doesn’t mind that this look tends to be considered uniquely sexy to potential partners.  Unsurprisingly, this hairstyle is often paired with some stubble to complete the picture.

Guys with long, unruly hair are free spirits who are not seduced by the notion of conformity.  They do not feel the need to cut their hair and keep it tidy just because society tells them to.  Like the rockstars of the 1970s who were known for their flowing locks, guys with long, flowing hair are quite comfortable with who they are, and don’t feel bothered by the pressures of society that dictate how a man should appear.

The trend of super sculpted yet slick and tidy hair continues to grow, with undercuts galore and intricate shapes to boot.  These are men who care about their appearance and aren’t afraid to admit it.  They like the finer things in life, and are proud of the fruits of their labor, whether it be the amount of money they’ve earned from their careers or the precise edges of their hair that come from very careful, time-consuming shaping and trimming sessions.  These guys are more likely to splurge on luxuries from time to time, while gravitating toward status with a sense of pride.

The spiked hair look may have fallen from favor in recent years, but it’s coming back, and proves a sense of rebellion just as it has in the past.  This look was first associated with the underground punk scene of the 1980s and continues to be a staple of those who subscribe to this attitude today.  The rule of thumb is the bigger and more gravity-defying the spikes, the less the guy cares about what people think.  He’s a rulebreaker and isn’t afraid to admit it.

Smooth, medium-length hair, carelessly combed back with the fingers throughout the day, tends to signal a more sensitive, creative and artistic type of man.  Maybe he’s a musician or an artist, whose silky hair gives him a softer look that he isn’t afraid to embrace.

Slicked Back and Shiny

The greaser look of the 1950s continues to be worn with pride by men who identify with the rugged masculinity that was ubiquitous with the era, who take pride in keeping hair meticulously neat, yet simultaneously love the subtle rebellion of growing it long.  The shinier the hair, the more likely he is to have a serious love of this bygone era.

A man with a parted, old-fashioned haircut tends to yearn for the simpler times of years past, when gentlemen always carried with them a comb, and always made an effort to look their very best before entering a public space.  He may choose to dress in as dapper of a manner as possible and adhere to rules of etiquette that are largely obsolete in today’s society.

For better or worse, men can’t escape being judged by the way in which they wear their hair.  A hairstyle says a whole lot about a guy’s personality, and men feel more comfortable with expressing themselves through their hair than ever before.  Now, it’s time to ask yourself what your hairstyle says about you.