A Brief History of the Pocket Comb

Don Juan Pomade Can Work for Men with Dreadlocks

Proper Beard Styles for That Next Job Interview 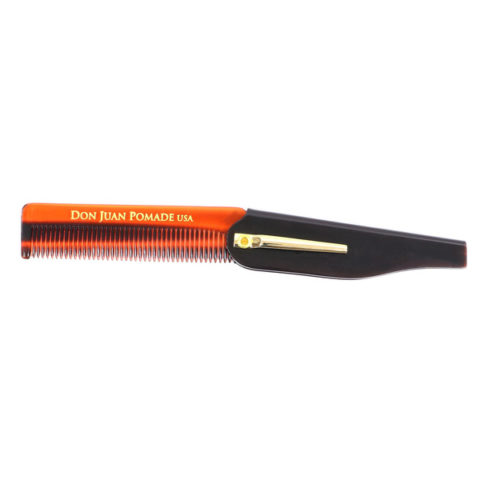 Pocket combs have been around for a very long time, but their popularity has come and gone over the ages.  Now, pocket combs are making a huge comeback, and the selection that’s available is larger and more diverse than ever before.  At Don Juan Pomade, we’ve got a wide variety of pocket combs available so that every guy can find one that perfectly suits his needs.  But long before our company ever started, pocket combs were a staple of a man’s everyday grooming goods.

How it All Began

If you thought that pocket combs first came into prominence in the 20th century, think again.  We now know that pocket combs date back to prehistoric times as ancient artifacts are uncovered time and time again.  The earliest pocket combs, of course, looked nothing like the ones that we have now in terms of their refinement and the materials from which they’re made.  The ones from ancient times were made primarily from bones and wood.

Of course, the early pocket combs were not designed to be fit into the pocket of a man’s pants like they are today.  However, small, handheld combs remained a staple for the centuries to follow.  During the 17th and 18th centuries, men’s hairstyles became increasingly elaborate, so a portable comb had to be available at all times.  These combs were often made from wood and bone as well.

By the Victorian era, combs became a necessity as men had to look neat and tidy to keep up with the puritanical image that was subtly enforced during Queen Victoria’s reign.  Now, pocket combs were more accessible than ever, being made from cheaper materials such as lightweight metals and more cost-efficient wood materials.  And, men’s fashion was far more uniform, meaning virtually every man had pockets in his pants in which the combs could be stored.  When the 1950s hit, pocket combs became a symbol of being cool, and men whipped them out proudly in public in order to ensure that their hair looked its very best at all times.

Then, something happened.  The late 1960s launched a movement that largely attacked the status quo, and with that, pocket combs receded from the public eye.  Suddenly, caring about looking neat and tidy became an antiquated concept, as men proudly grew out their hair and dressed down as a sign of rebellion against societal standards of appearance.  This trend continued into the 1990s when men largely stopped caring about having perfectly neat hair.

However, pocket combs have made a big resurgence in the last few years.  Many credit Donald Draper, the famous television character, with making pocket combs trendy once again.  The popularity of “Mad Men” brought back 1960s hairstyles that require a comb in order to be maintained throughout the day.

The Variety of Pocket Combs at Don Juan Pomade

At Don Juan Pomade, we offer a spectacular variety of pocket combs for every hair type and hair length.  Our combs come in a variety of sizes and materials, and each comb is ideal for a specific type of man.

Goes Farther Back than Most of Us Ever Realized

This staple accessory has been a handy companion to the male species for thousands of years, and it’s evolved dramatically over the centuries.  Today’s pocket combs come in a wide range of styles, sizes and materials, meaning that it’s easier than ever for a guy to find the perfect comb for his unique hair.  At Don Juan Pomade, we’ve got every type of pocket comb you could ever ask for.

What Does “Strong Hold” Really Mean When it Comes to Men Styling Their Hair? 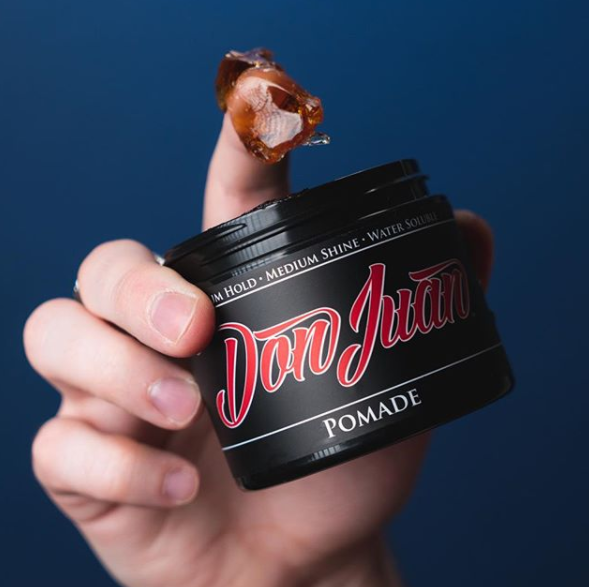 What 3 Things Should a Man Want to Achieve When Using Pomade?