Are Retro Beards Back in Style?

WANT TO BECOME A WHOLESALER? 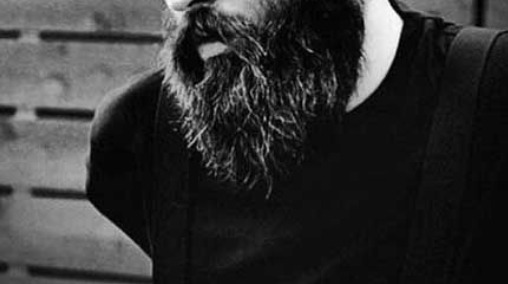 The Case for Retro Beards
Ever since the baby-boomers grew up and got jobs, beards have been associated with the young, the unemployed; beards were a symbol that the wearer wasn’t a part of the system. Now though, that’s all changing. Millennials are restoring the former glory and acceptability of retro beards: not just the bushy Vietnam-era face sweaters, but the tailored, dapper Van Dykes and Garibaldis of yesteryear. The question stands: are retro beards making a comeback?

To answer this question, you have to have a quick history lesson in beards, because in all actuality, “retro beards making a comeback” is a fashion change that has happened over and over and over the last four thousand years.

His-tory of the Beard
Throughout human history, male facial hair has fought a fearsome tug-of-war with popularity. In style during the classical era, it fell from grace during the time of Alexander the Great (Alex was worried his soldiers’ beards provided a convenient handle for their enemies). Medieval knights wore beards as a token of their masculinity and macho capabilities, as you would expect. If you’re going to make a living swinging around a giant six-foot broadsword, you can’t be rocking a baby face!

During the Renaissance beards lost their popularity as the thinkers of the day went cleanshaven to mark their difference from the knights of old. Whereas in the late 20th century academics were known for their beards, in the Renaissance it was the other way around! Beards stayed out of still for hundreds of years (Russia even put a tax on beards for a while!) until suddenly, everything changed. In the 1850s, beards came hurtling back to the forefront of western fashion, even ascending to the presidency of the United States with Abraham Lincoln. For the next fifty years, every US President would have a beard, except for Andrew Johnson and William McKinley. To drive the point home even more, Johnson got impeached and McKinley was assassinated, so what does that say about not having a beard?

Why the Beard?
Beards have regained their status symbol as one of manliness and virility, sexuality and strength. Look at any male add for clothes, fitness, credit cards: the successful man of this decade has a sweet beard.

From hipsters to executives, beards are showing up all over American society. The ripped bodybuilder in the gym has his Viking beard; the coffee shop poet his curled mustache and stylish, pointy goatee. Wearing a beard today calls up the nostalgia that the wearers wish to embody: the virility of ancient warriors, the social rebellion of the hippies in the ‘60s, the academic intelligentsia of the 19th and 20th centuries.
The beard is back, but for a lot of different reasons. In response to a popular consumer need, the market has reacted like it always does. All over the United States facial hair care stores and beard boutiques are popping up, each bearing witness to the hairy truth: retro beards are back in style.

Retro?
So was the beard ever retro? Are the styles of the 1850s or 1960s unique to their time periods and not just reiterations of earlier facial hair styles? These are questions you can debate to your reflection as you oil and coif your perfectly-styled retro beard.